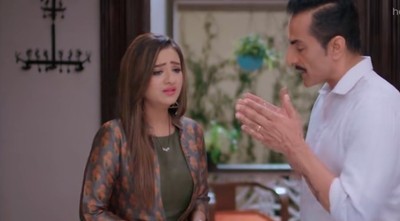 Anupama: Vanraj tagged Kavya as reason of his job loss via offensive comments

Anupama is one of the most popular show on Star Plus which is rocking these days, and its plot is showing how Kavya is doing much drama in house and Kavya is bringing twists one after another.

Latest track deals with destiny payback time where Kavya has been fired from her office and jobless Kavya is totally irked with all.

On other side, Vanraj too turned jobless where his friend wanted to shut down café again and this turned major stress in house.

Vanraj’s accusation for Kavya for his job loss ahead

As kavya tagged Anupama reason of her job loss that because of Anupama taunts she lost, and at same Vanraj comes to safeguard Anupama.

Vanraj later confessed Kavya that if Anupama taunts took her job then eventually her taunts snatched is café job.

To catch stay tuned with us for more updates and exciting twists in other shows too.