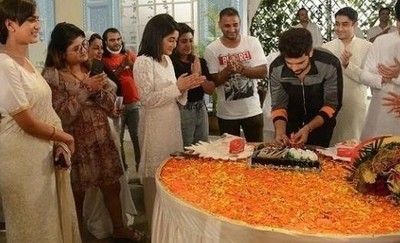 The upcoming episode of Star Plus popular serial Yeh Rishta Kya Kehlata Hai will showcase an interesting twist and turn.

It was earlier seen that Ranveer learns about his deadly disease that is an intoxication in the blood leading to his death.

Karan Kundra is going to die in the show post which he makes his exit.

Karan Kundra has finished shooting all his ending episodes.

Everyone feeds him cake and he is much delighted to end his part.

YRKKH: Ranveer’s Will before death to make Sirat hate Kartik