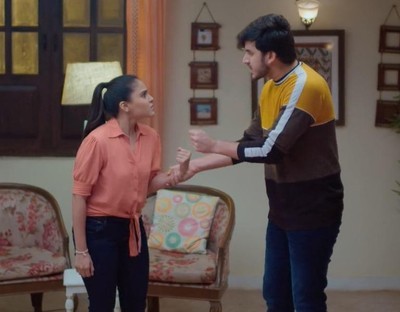 Star Plus show Anupama has never failed to impress the audience with its gripping storyline.

It was earlier seen that Pakhi calls her friend at her house and on Kavya’s suggestion orders food from Leela Ka Café.

Vanraj sends the food for free knowing that it is for Pakhi and her friends.

Meanwhile, Anupama gets furious knowing that it is Pakhi who had ordered the food and also wasted it.

Anupama decides to teach Pakhi a lesson and makes her understand that food should not be wasted but of no use.

Pakhi feels that she is getting targeted by Anupama and she continues to disrespect her.

Samar gets annoyed by Pakhi’s behavior

Vanraj speaks against Anupama supporting Pakhi and warns her about Samar.

Samar on the other hand calls Pakhi a spoiled brat.

Pakhi and Samar get into a big fight. Will Pakhi realize her mistake?