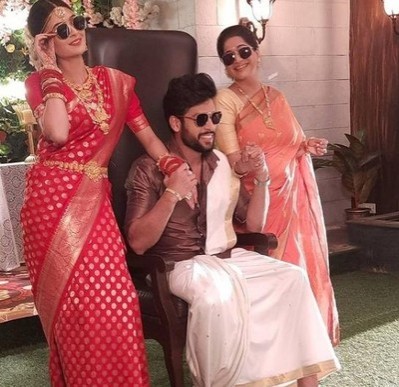 It was earlier seen that Raghav and Pallavi love each other while Mandar wants his first wife Pallavi back in his life.

Pots being proved that he is Mandar with the help of DNA reports he wants Pallavi back in his life.

Mandar is all set to play a fair game and has given a challenge to Raghav to get Pallavi in seven days.

On the other side Raghav has a special plan for Pallavi that is a wedding photoshoot.

As their wedding was a forced marriage Raghav and Pallavi gets decked up for a wedding photoshoot with Amma that too in Swag.