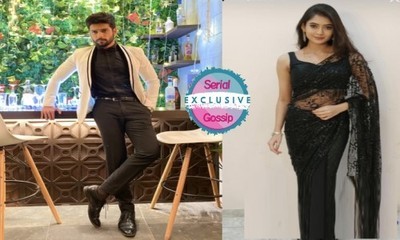 A big bang party is coming up next in the latest story of Mehndi Hai Rachne Wali TV serial.

Raghav and Pallavi both are in love but Mandar’s return has started to affect their relationship.

While Raghav is suspicious of Mandar, Pallavi doesn’t find any flaw with him and is getting closer to him.

Mandar is trying his best to win Pallavi’s sympathy when a big bang party in Rao Mansion is what will intrigue the story more.

Raghav and Pallavi's love at stake

Shockingly, Mandar uses this big fat party to get closer to Pallavi.

Where Pallavi decks up in a beautiful black saree to tempt Raghav, Mandar turns spoilsport in their love story when he asks Pallavi for the couple dance.

The more drama in the party pushes Raghav to revenge mode as he fails to gulp Mandar and Pallavi's closeness.

It would be highly intensified to watch what more drama is coming up next in the show.