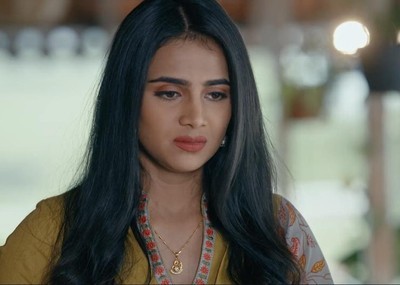 Star Plus popular show Mehndi Hai Rachne Wali starring Sai Ketan Rao and Shivangi Khedar is about to showcase some interesting twist and turn in the life of Raghav and Pallavi.

It was earlier seen that Keerti teams up with Mandar and she promises him to bring Pallavi back to his life again.

On the other hand, Pallavi tells Raghav that once Mandar recalls his past they call move on in their life.

Learning this Raghav questions Pallavi if Mandar recovers his love for her to which Pallavi says she will remember her love for Raghav.

Mandar and Raghav challenge each other to fight for their love Pallavi.

Keerti helps Mandar in his plan

Raghav is suspicious about Mandar only recalling his past memories when with Pallavi.

In the upcoming episode, Mandar plans to get injured where Dr Ramaiya will request Pallavi to stay with Mandar till he recovers.

What Will Pallavi do now? Will Mandar succeed in his plans?