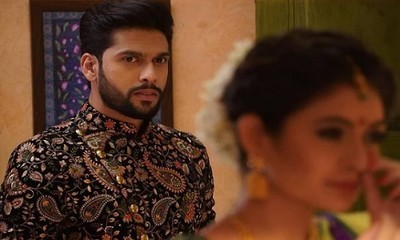 Star Plus TV serial Mehndi Hai Rachne Wali is gearing up for another intriguing twist in the story.

Because Mandar is keeping his evil eye on Pallavi, Raghav isn't ready to leave his lady love alone.

However, this grand pooja of Deshmukh's doesn't go simple and drama-free.

Raghav and Mandar are revolving around Pallavi when amid the dance ritual, Pallavi faints feeling dizzy.

The family gets shocked while Raghav and Mandar both run to hold Pallavi and save her.

While Pallavi's pregnancy news hypes up, there happens more drama because the one who saves Pallavi from falling turns out Mandar, not Raghav.

Let's see what more drama will happen next in the storyline after this pooja.