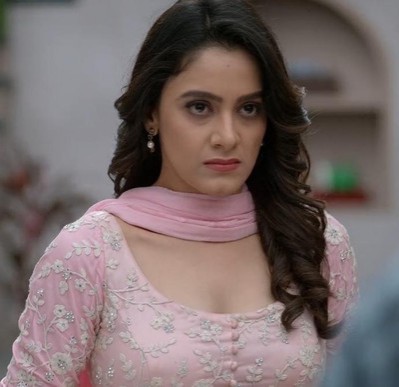 It was earlier seen that Nimmo and Gurpreet go to meet Krishnakant when they learn about Meera's profile on matrimonial site.

Krishnakant gets into a heated argument with the Sakhuja's where he says he wants a better groom for Meera.

Gurpreet loses cool when KK insults his family and he slaps him.

Meera ask KK about the fight where he lies saying they were asking for dowry.

Meera informs Sakhuja's that Angad has no job

On the other hand, she also informs them that Angad has no job.

Meanwhile, Sakuja’s will be shocked to know this and get depressed.

Later, Kabir will decide to take a job and go for the interview.

Latest News: ‘Kabir’ in Zindagi Mere Ghar Aana is loved for his looks like Kartik Aaryan

ZMGA: Pritam to bring back the happiness of Sakhuja's Sta...