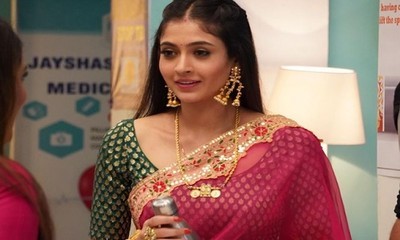 Star Plus TV serial Mehndi Hai Rachne Wali is gearing up for more difficulties in Raghav and Pallavi's life.

Earlier we see that how Raghav and Pallavi develop misunderstanding after the pooja.

Mandar is not ready to lose his hope so quickly and thus he plays his deadly game.

The latter crosses the line when he pushes Aayi from the terrace.

Raghav and Pallavi recklessly rush to the hospital and get shocked seeing Aayi's critical health.

Meanwhile, Mandar's deadly game traps Pallavi this time because Mandar used Aayi to get her back.

Pallavi to take a major step

This leads to Pallavi's major step when she decides to stay at Deshmukh House for Aayi.

Will things somehow come in Pallavi's favor or Mandar will snatch her from him?

Stay tuned with Serial Gossip to know what will happen next in the show.

Not Raghav but Pallavi consumes poison in Mehndi Hai Ra...