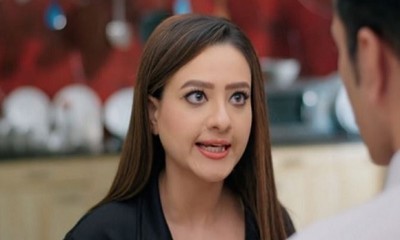 Star Plus TV serial Anupama is going to witness a major tiff between Vanraj and Kavya.

Things are getting only complicated between them and the dance competition adds fuel to it.

Vanraj feels blessed to have Anupama but at the same time what has hit him harder is Kavya betraying Pakhi at the last minute.

There happens huge drama in the family when everyone returns to the home.

Kavya shows her annoyance at Anupama for replacing her.

While before Anupama and Pakhi could say something, Vanraj confronts Kavya and takes her on the radar.

This leads to their big fight.

Even after Kavya tells him about the telephonic job interview due to which she had to leave, Vanraj doesn't stand Kavya's tantrums.

Vanraj instead questions Kavya and thus loses his trust in her after she hurt his daughter.

Let's see what more drama will come after this dance competition.