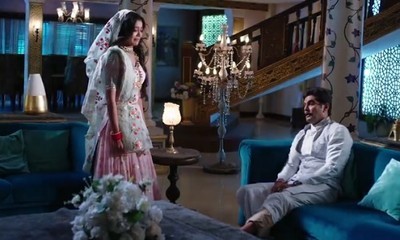 Colors television show Molkki is seeing not everything good in Virendra and Purvi's love life.

Shattered Purvi leaves Virendra and the house and this ultimately becomes the biggest mistake of her life.

Shockingly the evil enemies Aarav and Chaudhary plan death for Purvi when shockingly she meets with a drastic car accident.

The story is heading towards a leap and before this Purvi's death twist is the turning point in the storyline.

Purvi's exit brings nothing good to Virendra because he then becomes Aarav and Chaudhary's next target.

So make sure you read the new updates at SerialGossip.com for more.

Molkki: Purvi confesses her love to save Virendra life

Molkki New Promo: Purvi confesses her love to save Virendra ...