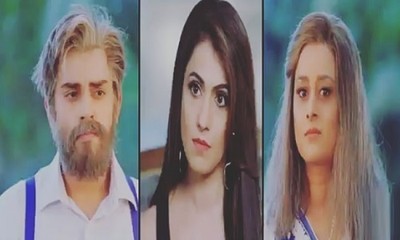 Star Plus serial Saath Nibhana Saathiya 2 (SNS 2) is all set to witness the beginning of Kanak's fall and we are super excited for this big twist.

Anant and Gehna take the disguise of property buyers and visit the Desai House to make deal with Kanak.

Kanak refuses but when the Irani's aka Anant and Gehna in disguise offers 10 crores for the house, Kanak, she falls into their trap.

Kanak however is not going to easily say yes to Irani's.

However, our Irani's very well know how to turn the tables against Kanak.

Kanak suddenly reaches the office to meet the Irani's.

Anant and Gehna face a hard time leaving the house to meet Kanak but it seems they somehow manage to pull the string.

So, how Kanak will make the deal and how she will give away the Desai House to Irani's aka Anant and Desai is amazing to watch.

Gehna becomes a slave in Kanak's feet but with a big fat pla...

SNS 2: Desais become servants to Kanak but with plan

Desais become servants to Kanak but with a plan in Saath Nib...

Desais back in action to end Kanak's game in Saath Nibhana S...

Saath Nibhana Saathiya 2: Krutika Desai back in show with bang

Saath Nibhana Saathiya 2: Krutika Desai back in show with ba...

SNS 2: Gehna's new Job to get eye for an eye from Kanak

Gehna's new Job demands an eye for an eye from Kanak in Saat...