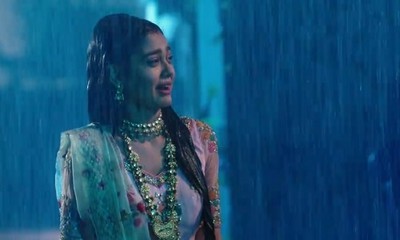 Everything is going to turn upside down in Purvi's life in the upcoming episode story of your favorite show Molkki.

Ultimately the one who is stood responsible is Purvi only.

Virendra's harsh words hurt Purvi to such an extent that she leaves the house.

Unfortunately, this becomes her biggest mistake of life as she meets with a drastic car accident on her way.

However, God has other plans for Purvi and this is where he sends a new man into her life, Daksh.

Daksh makes his timely entry and manages to see Purvi.

Where Purvi ditches the death and Daksh saves her life,

How Daksh and Purvi's new life story will spice up the concept of Molkki.

Read the very first update at our site SerialGossip.com for more.

Molkki: Purvi confesses her love to save Virendra life

Molkki New Promo: Purvi confesses her love to save Virendra ...