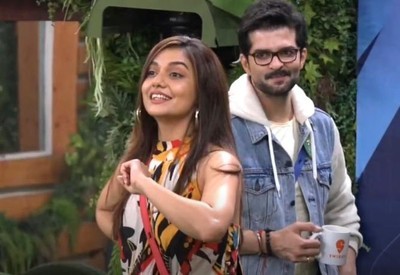 Pratik and Akshara are declared as the new captain' of the house as they win the number 1 jodi title by Sima Taparia.

On the other hand, Divya picks up a fight with Pratik again while Pratik teases her saying that she is not happy as he is now captain of the house.

Divya tells that Pratik made her cry the previous day so she has also decided to not let him live happily.

Besides, Pratik asks Bigg Boss for the footage of Divya crying because of him to find her high-level drama.

Shamita hears their conversation and gets into argument with Divya.

Divya argues with Pratik for making her cry

Meanwhile, Shamita tries to explain Divya as her friend but Divya takes it another way.

On the other hand, Divya explains Shamita that Pratik also unnecessarily gets into a fight with her.

Divya requests Shamita to not interfere in Pratik and her fights.

Later, Divya and Pratik get into a fight again.