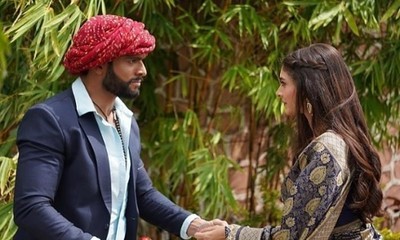 Raghav changes his disguise and his identity to stay in Deshmukh house.

As soon as Pallavi comes in contact with him, she gets suspicious of his identity.

Thus the duos face-off when Pallavi warns him to reveal his identity as she is completely unaware of the fact that he is her Raghav.

And when Raghav reveals his face, Pallavi gets super stunned.

Raghav’s true identity stuns Pallavi to the core while Raghav reveals his plan to her.

Pallavi gets super determined to close Mandar’s chapter when Raghav holds her hand and compels her to come with him and fight against Mandar.

So let’s see what will happen next in the show.