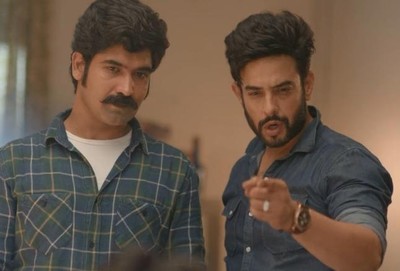 It was earlier seen that Amrita is much suspicious about Pritam and his work done.

Pritam cannot reveal his real identity to Amrita and her family.

Hence he hides the same from everyone and goes for his mission.

There he needs information from a person and beats him up on the other side Amrita and family are waiting for Pritam.

When Pritam returns home he finds Amrita dancing with a jacket which belonged to Karan.

Pritam see Amrita for some time but later he takes away the home cooked food and returns back to Amrita which falls down.