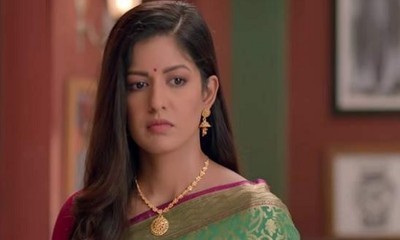 Arjun and Kajol’s marriage is fixed but the family doesn’t know Arjun’s affair with Shreya.

Arjun and Shreya have a midnight romance when Kajol calls Arjun.

Shreya picks the call when Kajol gets suspicious of her and Arjun’s relationship.

However, Arjun doesn’t let her doubt him as he creates his new drama of emotionally blackmailing Kajol.

Arjun questions Kajol’s trust on him when she stops herself from doubting him.

However, she is still in dilemma and now it would be highly intensified to watch if Kajol could find the truth before it gets too late for her.