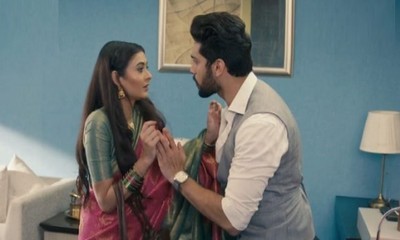 As per the ongoing storyline, Mandar crosses the line as he forces Pallavi to sign the divorce papers.

Mandar even makes the engagement plans and this triggers Raghav so much that he goes mad to kill Mandar and end his chapter for once and all.

Raghav takes a dig at Mandar

Raghav tells Amma that this time it will be the end for the evil guy Mandar and we fear he is really going to kill him.

So how this death game will jiggle Raghav and Pallavi’s life is a major turning point.

Will Mandar chapter be closed this time after the grand pooja in Deshmukh house?

You need to check out the latest posts at serialgossip.com for more.