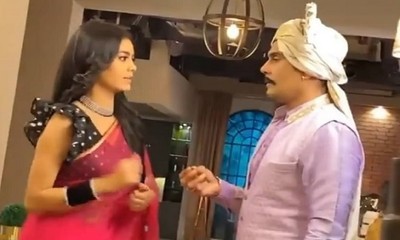 The interesting soap opera Molkki is about to see Virendra’s major move to help his Bawri recall the lost memory.

As per the ongoing storyline, Virendra finally comes to know that Purvi lost her memory and is living as Dhwani with Daksh.

The lover boy is not ready to lose his hope and thus makes a master plan.

Because Purvi joined Juhi and Manas’s school as a teacher, Virendra thus gives an offer to her.

Virendra confronts Purvi and asks her to become his kid’s teacher.

While Purvi first denies, later she agrees to his offer to teach his kids.

However, will she be able to recall her lost memory is worth watching next in the show,

So check out the latest posts at serialgossip.com to know more.