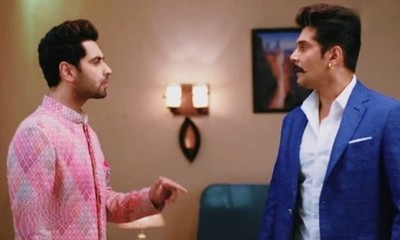 Colors show Molkki is witnessing major ups and downs in the storyline amid the ongoing engagement ceremony of Daksh and Dhwani.

Virendra goes curious to meet Purvi but when he meets her, the latter badly ignores him.

Eventually, Virendra gets confused about Purvi’s behavior when ultimately he confronts her in a rude way.

The situation gets complicated as she faints and the doctor reveals her memory loss.

Virendra to take a major step

Now Virendra finally knows the truth that Purvi is Dhwani because she lost her memory and doesn’t know anything from her past.

Virendra thus decides to continue his struggle until Purvi remembers him.

But will he succeed in stopping Purvi’s wedding is worth watching in the show?