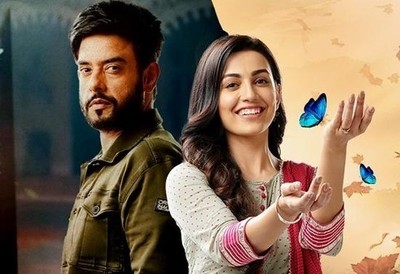 Pritam is trying his best to hide his identity from the entire Shakuja family.

Pritam wants to live with them for some time and later getaway as soon as possible.

Poor Pritam has some bitter past story that is not revealed yet.

Amrita is suspicious of Pritam's whereabouts and wonders whats his profession is.

Amrita finds Pritam's friends waiting out of the house

When Pritam tries to take the huge bag out of the house Amrita also finds his friends waiting for him outside the house.

And Amrita suspects if Pritam is Gangster when she joins the dot.

Zindagi Mere Ghar Aana: Pritam on the verge to get exposed w...