Zindagi Mere Ghar Aana: Pritam on the verge to get exposed with drugs (Upcoming Twist) 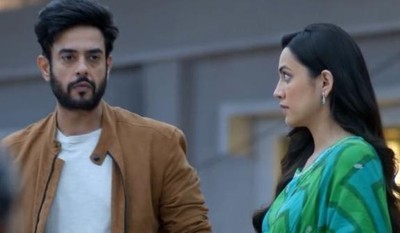 Pritam is living in Shakuja House as their paying guest where Amrita dislikes him to the core.

Amrita suspects foul play against Pritam but is quiet as he solves their financial issues in house.

However Pritam has to crack a new deal where he needs to transport his bag full of drugs.

It is extremely risky for Pritam to transfer the same in the presence of a family member.

When Pritam thinks of a way Dadaji comes in his room to hand a glass of juice where he is surrounded by drug packets.

Will Dadaji get to see the same and catch Pritam red handed?

Let us know if Pritam will exposed soon in the show or there is still some more time.

Stay with us and keeping checking our site for the latest update on all shows of Indian Television.