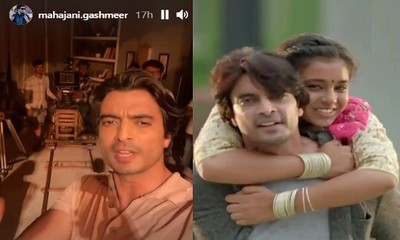 Your favorite TV serial Imlie is suddenly going to witness some major changes in the storyline.

With Satyakam killing Aditya dead, it was wondered that he is not really dead.

However, actor Gashmeer Mahajani confirming his exit from the show has made everything clear.

Gashmeer posted an emotional video on his Instagram while bidding a goodbye to his cast and crew on his last day at shoot.

With his exit from the show, Aditya’s death is also confirmed.

And this is from where Imlie’s new and challenging life begins.

Imlie gets blamed for Aditya's death

While Satyakam killed Aditya assuming his affair with Malini,

The one who gets blamed for Aditya's death is Imlie.

The Tripathi's take a dig at her for being the reason for their Adi's death.

How will the story take a u-turn post male lead's exit is unmissable.

So, keep checking out the latest posts and updates at serialgossip.com to know more.