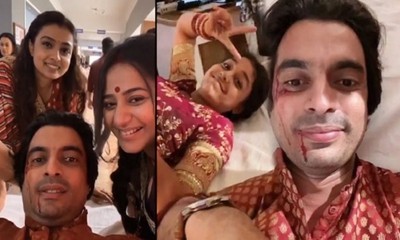 Star Plus prime-time TV serial Imlie is going to witness a major turning point in Aditya and Imlie’s love story.

Recently actor Gashmeer Mahajani posted an emotional video on his Instagram Story confirming his exit from the show alongside the death track of Aditya.

He also confirmed that he is quitting the show and it is his last day at the shoot.

However, here is the twist.

Gashmeer Mahajani actually pulled a prank on the fans as per the show director’s directions.

In his evening live session, he finally confirmed that he is not leaving the show.

At the same time, the story of Imlie TV serial will take a dramatic u-turn after the death track.

With a new track coming up next, Aditya and Imlie’s love story is going to face new challenges.

He also revealed that just like the Bahubali revealed why Katappa killed Bahubali, in the same way, the upcoming story will reveal why Satyakam killed Aditya.

How this will impact Aditya and Imlie’s relationship is unmissable.

So check out the latest new posts and updates to know more.