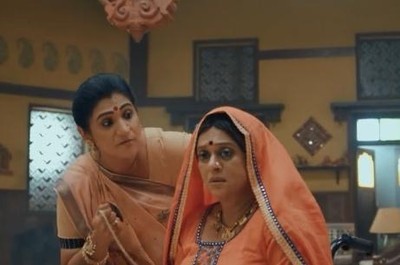 Star Plus popular serial Pandya Store is an upcoming major drama in the series where Prafulla takes advantage of Suman's insecurity.

Suman is much shattered post the unfortunate incident that took place in her life.

Next day Suman is in need of medicines where Suman seeks Rishita's help.

Rishita is in hurry where she leaves for work and Dev too helps her eat breakfast.

Suman thus seek help from Shiva who is also occupied in some other work where he states Krish will help her.

Seeing this Prafulla feel happy where she begins her instigating drama.

Prafulla informs Suman that now Dhara is busy in her own new family as she is pregnant and expecting her child.

All the kids are busy in their own world and Prafulla says that who has time to take care of handicap person.

What will be the outcome of this instigating done? Time will only let us know.