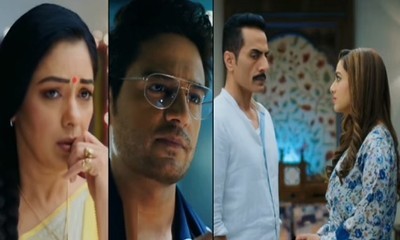 Hindi television show Anupama is witnessing quite an intriguing drama in the storyline.

Earlier we see that how Anupama and Anuj meet at the reunion party.

Vanraj and Kavya get to know Anupama’s past with Anuj wherein Anuj loves her.

However, before this could come true, Kavya has a really weird thought going on in her mind and this is to get her hands on Anuj before Anupama.

Vanraj is quite upset knowing Anupama and Anuj’s past but Kavya doesn’t want this to become a hurdle in the factory deal.

Thus, she fixes a personal meeting with Anuj to convince him of the deal and impress him before he could offer the deal to Anupama.

Will Kavya’s plan succeed or Anuj will fail her agenda?