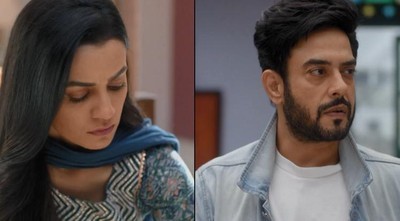 It was earlier seen that Amrita and Pritam were started to see each other in a good way.

Amrita is heartbroken and grief-struck as she has lost her husband and her dear husband's photo frame too broke.

The family is facing a financial crunch and she gets much angry at Pritam where she asks him to get out of their house.

Pritam gets much disturbed and he repairs the frame when he learns the truth.

Let's see what future holds ahead for Amrita and Pritam.