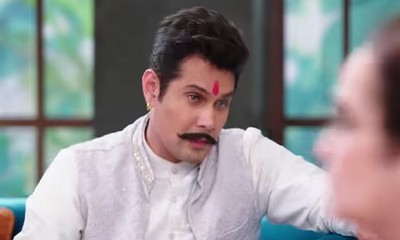 It is seen that how Nani prepones Dhwani and Daksh's wedding because she very well knows that Virendra is Purvi's husband.

Thus, she doesn't want Daksh to lose his love.

However, her plan is going to drastically fall because Virendra is here to not let this wedding happen at any cost.

Interestingly, Virendra and Daksh are business partners in a major deal and this is where Virendra takes advantage.

Virendra suggests Daksh and Dhwani (Purvi) have their wedding in Revari so that their business project will not get any hurdle and they can get married without any tension.

Daksh likes Virendra's proposal and says his yes to him when this slips the ground under Nani's feet.

Let's see how Virendra will stop this wedding and fail Nani's conspiracy.