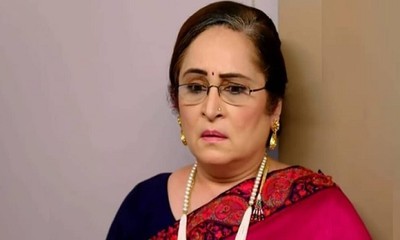 Nani finally comes to know that Purvi likes Virendra and thus she doesn’t want Virendra to become a hurdle in Daksh and Dhwani’s marriage.

Thus she plays a nasty game with Virendra.

As soon as Dhwani aka Purvi and Daksh return from the hospital, everyone gets shocked seeing Virendra drunk and a girl with him in torn clothes.

Shockingly, Virendra who is not in his senses gets accused by the girl of raping her and this literally shocks Purvi.

Poor Virendra fell into Nani’s dirty plan wherein Nani wants Purvi to stay away from him.

Will Nani’s conspiracy of separating Virendra and Purvi succeed or Purvi will recall her memory before her marriage with Daksh?