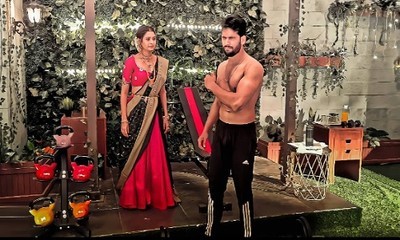 Next in the upcoming episode story of the show, Pallavi will once again pick up the broom to hit Raghav harder.

After Sunny and Keerti’s wedding, Raghav blames Pallavi for helping them and betraying him.

Pallavi faces a tough time as both Aayi and Raghav ignore her amid the Ganpati Utsav.

And this is undigestable to her.

Thus, Pallavi gets in her bold avatar to teach her hubby a good lesson.

Raghav and Pallavi to patch up

Poor Raghav gets shocked when Pallavi comes with a broom and compels him to stop avoiding her.

The upcoming hilarious argument between them is going to spice up their love life.

However, will they patch up and Raghav understands Pallavi is unmissable.