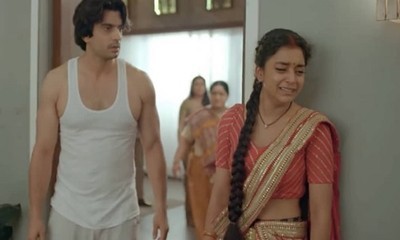 Star Plus Hindi serial Imlie is gearing up for some major ups and downs in Aditya and Imlie’s marriage because of what Malini just did.

Malini’s intoxicate plan successfully works and everyone blindly believes that Aditya really slept with her.

Imlie too believes it because Aditya doesn’t clarify his innocence or tries to rebel against it.

And this is where the situation gets worst.

Poor Imlie fall into a do or die situation when Anu begs her to save her Malini’s dignity.

The Tripathis also accept Malini as their Bahu for once and all.

In the meantime, what shakes the ground under Imlie’s feet is when Aditya requests her to forgive him for his deeds and sacrifice her love for Malini’s dignity.

Imlie stands still like stone when Aditya accepts his sin and feels ashamed of him.

Is this the end of Adilie’s marriage when Imlie also believes Malini’s story?

Imlie: What! Malini intoxicates Aditya to get intimate

Imlie: Finally Aditya to know Malini's obsession In your fa...