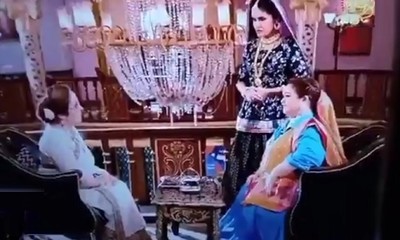 The popular soap opera Molkki is witnessing Daksh and Purvi's wedding saga which is starting soon.

Before this, Virendra is trying his best to recreate all the past moments so that Purvi regains her lost memory.

Here Nani is not ready to let Virendra and Purvi unite as she wants Dhwani aka Purvi to marry Daksh.

And now the situation gets complicated because evil Nani teams up with their biggest enemy Prakashi.

Virendra and Purvi's love in trouble

Nani, Prakashi, and Anjali, the trios team up and join hands against Virendra and Purvi.

While Virendra is making sure to protect his Bawri from the enemy's evil eye,

Will he be able to protect their love?

What will happen next in the show,

To know this, follow us at serialgossip.com to know the next big story.