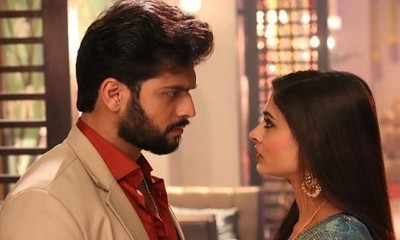 The upcoming track of the Star Plus shows Mehndi Hai Rachne Wali is bringing no good for Raghav and Pallavi.

Raghav misunderstands Pallavi that she only got Sunny and Keerti married.

Poor Pallavi tries harder to prove her innocence but Raghav is not ready to hear her.

However, what happens after this is what jiggles Raghav and Pallavi's marital life on a drastic note.

In reality, Sunny is their real enemy who after marrying Keerti has started to plan and plot against them.

Once again, Sunny fuels a crack between Raghav and Pallavi's relationship when he reveals to Pallavi that Raghav is a smuggler.

And adding more problems, he soon gets Raghav kidnapped which is now another turning point to the storyline.

What will happen next in the show?