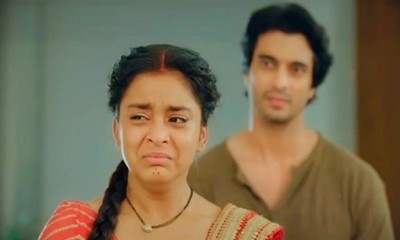 The latest storyline of Imlie TV serial will see Aditya and Imlie's relationship falling shattered like never before.

Malini's conspiracy succeeds and the Tripathis easily believe that Aditya really slept with her.

At the same time, here Aditya also believes that he did a mistake in his intoxicated state.

Imlie exposes the truth that Malini only intoxicated him and others but Aditya refuses to believe her.

And here Imlie mentally breaks down as Aditya himself agrees that he did sleep with Malini.

Imlie breaks all ties with Aditya

Aditya seeks forgiveness from Imlie but Imlie is not ready to forgive him.

The situation deteriorates and Imlie decides to leave the house after all Aditya demanded Malini's rights.

Will Malini's truth come out after Imlie's exit?

Imlie: What! Malini intoxicates Aditya to get intimate