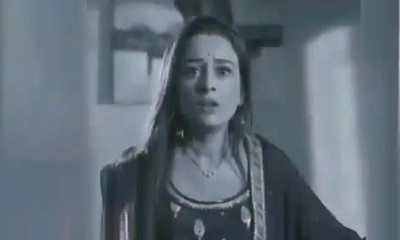 Hindi top TV serial Saath Nibhana Saathiya 2 is looking forward to Gehna’s face-off to an unfortunate secret that is up to destroy not only the Desais but also the entire Surat city.

Anant and Gehna are worried after seeing Sagar back in their lives.

Though Anant handed the matter in Police’s hand, Gehna is still suspicious of something not okay in the Desai House.

And here she comes across the biggest ever truth when she gets her eyes on Radhika’s bag and then sees Professor picking up the same bag.

The real drama begins the moment Gehna finds that Radhika is also working with Sagar.

Now after tracking down Sagar, Kanak, and Radhika’s team, Gehna finally connects the dots and realizes that their fourth partner is none other than her Professor.

And this is what shakes the ground under her feet.

How Gehna will expose the true identity of Professor is quite intriguing to watch because shockingly the Professor is a terrorist.

SNS 2: Gehna runs away only to fall in Sagar’s real trap