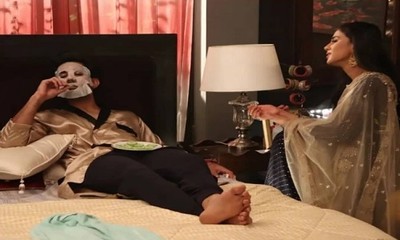 The Hindi TV serial Mehndi Hai Rachne Wali is gearing up for a high time in Raghav and Pallavi’s life.

Raghav and Pallavi are already at odds when here Sunny gets his hand on big evidence against Raghav’s business.

Raghav runs diamond business wherein there are some illegal loopholes.

Where a new Police Commissioner got transferred in Hyderabad, Sunny takes the evidence to her.

The truth is finally revealed that Sunny’s real plan was never Keerti but it was Raghav’s property.

From the very start, Sunny has his eyes on Raghav’s property.

And until Raghav is alive, Sunny can never get his property and business.

Thus now he targets Raghav to prove him mentally unstable and ill so in the end the property and business comes in his hand.

Will Pallavi let this happen?