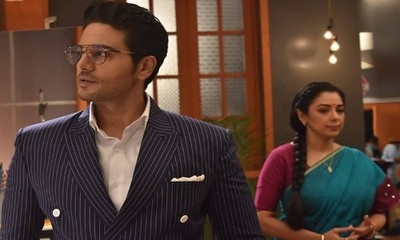 Star Plus late-night show Anupama is all set to see new challenges in Anupama’s life.

Vanraj, Kavya, and Baa were not enough to taunt Anupama for her closeness with Anuj that now Paritosh also joins their gang.

Paritosh crosses the line the moment he humiliates Anuj for hopping into their café.

And this much isn’t enough to jitter Anupama that after Anuj’s exit, Paritosh takes a dig at her for getting closer to Anuj.

The situation worsens as Paritosh blames Anupama for eyeing Anuj Kapadia because of his money.

This shocks Anupama to the core and before she could utter a word, Paritosh calls her gold-digger.

Will Anupama silently budge off Paritosh’s disgusting blame or she will hit some senses into his brain?

Here Anupama will surely fight back Paritosh but how will she face society next in?