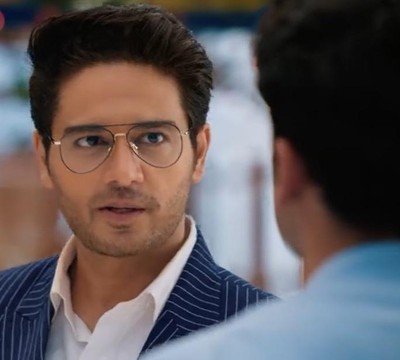 Anuj comes to Vanraj cafe and Anupama takes good care of him.

On the other hand, Rakhi also joins them along with Paritosh and she instigates Vanraj's showing Anupama's care for Anuj.

Rakhi says husband or ex-husband both can’t stand seeing his wife with someone else.

Anuj asks Anupama to show her dance academy while Paritosh stops them.

Anuj breaks the deal with Shah's

Paritosh tells Anuj that he is glad he saved Samar but he asks Anuj to not try to introduce himself everywhere.

Anuj tells Paritosh that now neither he will buy the cafe nor he will let anyone else buy the property.