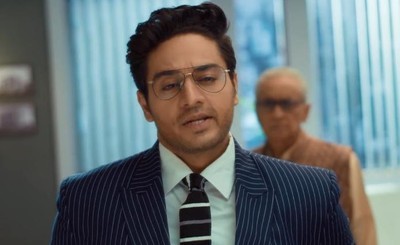 The upcoming track of Star Plus popular serial Anupama will showcase an interesting twist.

It was earlier seen that Anuj comes to see the cafe where he orders some food to taste the same.

Vanraj gets irked and jealous where Rakhi does not keep quiet.

Paritosh fumes seeing all the drama.

Anuj has seen the cafe where he decides to see the Academy too.

However when Anuj and Anupama were about to enter the cafe furiously and irked Paritosh stops him.

Shameless Paritosh stoops low where he thanks Anuj for saving Samar's life and asks Anuj to get lost and no need to deal with them.

Anuj turns fierce too where he refuses to deal with Shah family and at the same time he makes an ultimatum to not let any other person crack the deal.

Vanraj Anupama Rakhi Kavya gets shocked to see the same.

What will Anupama do now?