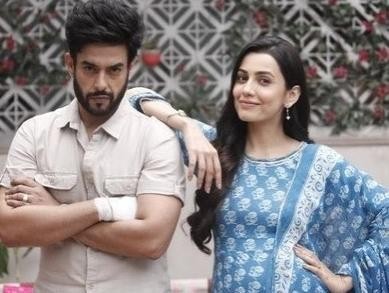 It seems Pritam's look out notice is being circulated where he gets confronted by Police Office.

Pritam shows his photo identity card where his name is mentioned as Pritam Chaudhary.

In real Pritam has changed his identity and he is hiding over her past crime.

Police is hence in look out for Pritam in some murder mystery.

Pritam's face matches the suspect which they have found the same in CCTV footage.

Pritam gets restless where he manages to save himself somehow and walks away.

Back home the same paper flies and reaches Amrita who is about to read the same.