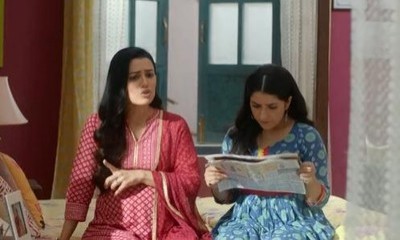 It was earlier seen that Amrita and Pritam were about to get close when an article in the newspaper hits Pritam.

The article states about the girl being murdered where Pritam is linked.

Karan's Dadi tries to confront Pritam about the same where he goes shell shocked.

Amrita tries to see Pritam and his face is gone pale.

Amrita suspicious of Pritam involved in a murder case

Amrita feels something fishy about Pritam where Pritam also goes to meet his friends.

When they also inform about Police being on a lookout for him.

Pritam gets restless when a Police reach them and asks him to show their face without mask.