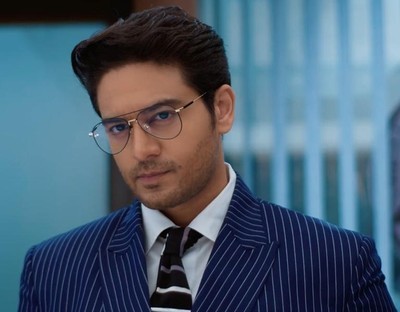 Anuj remembers his past and tells GK that if listened to mom, dad, and GK that day before getting into the college fight he would have not been in hospital for 10 days.

After getting recovered he learned from Devika that Anupama is getting married.

Anuj said that he did not give up but Bunty's scooter also broke down the same day.

Anuj says that the time he reached with a rose to meet Anupama it was too late.

Anupama was dressed up as a Dulhan and looked very happy, Anuj gets teary-eyed.

Anuj gets emotional remembering his past

Anuj left for US after being heartbroken

Anuj is happy that he met Anupama after 26 years and this is enough for him.

GK asks Anuj if this is really enough for him and thinks that now destiny has planned something else for him.