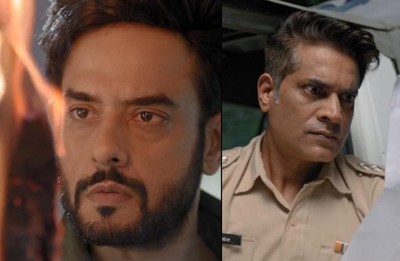 The upcoming episode of Star Plus new serial Zindagi Mere Ghar Aana will showcase an interesting twist and turn.

It was earlier seen that Pritam's search warrant is out where Police come to know that he is a criminal.

Further, he is using the new identity of Pritam Chaudhary to safeguard himself.

However after Pritam leaves for home the Police learn about his real criminal identity and decides to find him soon.

Police wants to teach a good lesson to Pritam as he showed much attitude to him.

Pritam snatches his warrant from Amrita

On the other side Amrita gets Pritam's warrant but Pritam snatches the same before Amrita could see the same.

It would be interesting to see how long Pritam is able to hide his real identity from everyone.

How will Pritam safeguard self from major trouble?