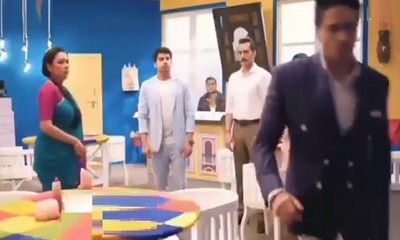 Here once again comes a big twist when Paritosh takes a stupid step costing Vanraj, Kavya, and Anupama’s all efforts of impressing Anuj.

Paritosh takes a dig at Anuj and humiliates him in the café.

While Anuj was just testing Anupama’s business idea by becoming a customer in the café,

Paritosh wrongly interprets it as his interest in Anupama.

And this is what triggers Anuj to such core that he cancels the deal with the Shahs and even warns that he will not let them get any investor.

Where Paritosh's such stupidity costs Vanraj, Kavya, and Anupama's efforts,

Now no one can stop the Shahs from coming on the road as Anuj was their last hope.

What will happen next in the show?