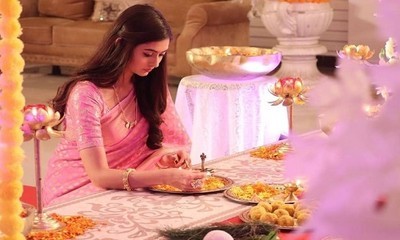 In the Mehndi Hai Rachne Wali TV serial, Raghav and Pallavi are going to face big troubles ahead.

While the Ganpati Utsav is on the head, the troubles in Raghav’s life are not coming to an end.

Once again, Raghav faces a tough time when the new Police Commissioner gets his transfer in the city and here she has her hand on Raghav’s business.

Where the situation is worsening for Raghav, here Pallavi lights diya for his safety and prays to Lord Ganesh for him.

Raghav and Pallavi to fight together against new troubles

The upcoming story will shift the focus on Raghav and Pallavi’s fight against new troubles in business.

Will Pallavi be able to protect Raghav from the upcoming challenges or things will get worse?