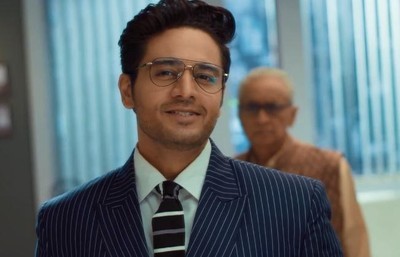 Anupama: Anuj hides the pain of love from GK but looks forward to Anupama

Star Plus serial Anupama is showcasing interesting twist and turn where GK wants Anuj to confess his love for Anupama as soon as possible.

GK has seen Anuj all this while only in pain and missing love Anupama.

Anuj's love for Anupama is much pure true and eternal and hence he wants him to unite with Anupama.

While Anuj does not want to discuss love with Anupama where he respects her a lot.

Anuj discusses everything about Anupama where she is a strong woman.

GK wants to see Anuj and Anupama happy together

GK wants Anuj to turn Anupama's Saathi just a partner where the duo have each other as friend as a support in life.

Poor Anuj does not keep much hope as he does not want to be heartbroken in near future.

Let's see if GK does something to unite Anuj with his love Anupama.

Keep tuned to this space for more updates.