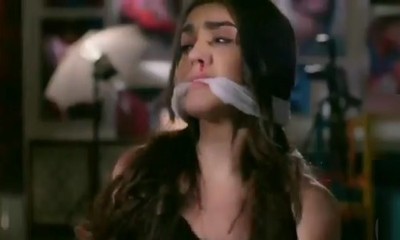 Evil Devesh takes his revenge on Reema and kidnaps her the moment she steps out of her house.

Simar and Gagan get in action mode to find her but they fail to see Reema in Devesh’s house.

However, thanks to Vivaan who marks his deadly entry in Devesh’s house and beats him until he tells Reema’s whereabouts.

Vivaan recklessly runs and frees Reema from the ropes.

Where scared and terrified Reema hugs Vivaan and Vivaan confesses his love to her while caressing her face,

Finally, it’s the time when Reema accepts his love.

It would be interesting to watch how after Reema and Vivaan, Simar and Aarav will also confess their love to each other.

SSK 2: Reema in danger to realize love for Vivaan

Reema’s (Tanya Sharma) life falls into a bad threat in...

Sasural Simar Ka 2: Geetanjali to get stabbed in back by Aarav Simar

Sasural Simar Ka 2: Geetanjali to get stabbed in back by Aar...