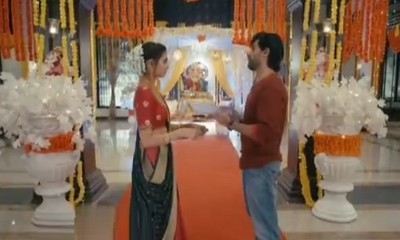 Sunny bets with Pallavi that if he gets evidence against Raghav’s illegal diamond business then she will have to slap Raghav in front of everyone.

Unfortunately, Sunny succeeds as he brings an important file of Raghav to Pallavi.

Pallavi stands shocked seeing the documents while Sunny demands her to slap Raghav.

However, there is a twist in the tale because Raghav has a plan to not let Pallavi know the truth.

Sunny’s plan ultimately fails and Pallavi who was about to slap Raghav stops herself when Raghav gives the explanation to her.

Raghav surely saves his secret this time but will he be able to stop Sunny again?