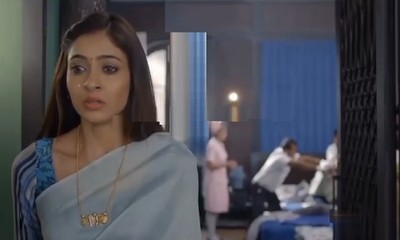 Star Plus prime-time TV serial Mehndi Hai Rachne Wali is gearing up for a drastic u-turn and the first glimpse of the upcoming is giving us goosebumps.

The new promo is out wherein the doctors and nurses are trying to control Raghav who is screaming and calling out Pallavi.

Pallavi comes and stands still seeing Raghav in pain but she doesn’t come to him.

As soon as the doctors inject medicine to Raghav, he faints while Pallavi stands helpless in tears.

Pallavi to save Raghav

We recently updated about the mental asylum and Raghav’s mental illness twist.

So here it is. Raghav is mentally ill and Pallavi has no way out to help him and save him.

How will Pallavi bring Raghav out of this state and what made Raghav go mad?