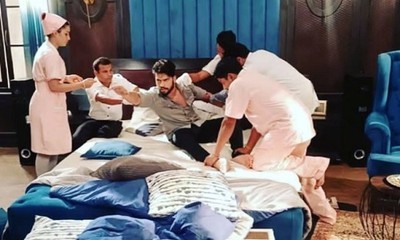 The new commissioner Laxmi gets her eyes on Raghav and his jewellery business.

Laxmi is keen to find a single mistake that could expose Raghav’s illegal business.

And this is when she gets her hand on Raghav’s unpaid custom duty which ultimately leaves Raghav bankrupt.

Raghav loses all his money

Shockingly the custom duty is a huge amount that Raghav fails to pay from his money.

In the end, Raghav goes bankrupt and losing all his money and business he goes mad.

This is the time when the story takes a drastic U-turn because Pallavi trusted Raghav but he broke her trust by hiding the illegal business truth.

Now Raghav is going through bad pain amid the doctors and the nurses while Pallavi is standing helpless in tears.

Will Pallavi forgive Raghav and try to save him?